February was a stronger month all around for the global hotel industry, but escalating line item expenses could derail what’s already a fragile profit rebound.

In the U.S., gross operating profit per available room (GOPPAR) hit $65.98 for the month, more than $40 higher than January and the highest it’s been since October. It’s still well below pre-pandemic profit, which was recorded at more than $90 in February 2019.

Ever since profit fell dramatically in April 2020, well into negative territory, U.S. hotels have steadily climbed back, but the drive back to normal GOPPAR levels has come in fits and starts. The precipitous drop in expenses that ensued in the first months of the pandemic’s emergence—a worldwide trend—gave some cover to hoteliers, fighting to stave off cataclysmic disaster. However, as the months and years roll forward, expense creep becomes an all-too-real threat.

Payroll, a hotel’s largest expense, was up to $66.60 per available room in February in the U.S., the highest it’s been since the inception of the pandemic and part of an overall uptrend in the metric. Since it’s nadir, total payroll is up 192%, though still $30 off pre-pandemic numbers.

Other costs are also rising, including utilities, which on a PAR basis are already back to pre-pandemic levels, as inflation, supply chain problems and war in Ukraine are a breeding ground for further rises across the expense spectrum.

Despite expense worry, hoteliers can take comfort in their ability to hold and even drive rate. On a nominal basis, ADR is already above pre-pandemic levels and $14 higher in February 2022 versus February 2019. Still, sluggish occupancy, especially on the corporate side, is stymying any real gains in RevPAR, which was 23% down in February compared to the same month in 2019. Total revenue was down around the same, at 27%.

In Europe, energy prices are creating a tremendous drag for hoteliers. Overall utility prices have skyrocketed and at €8 on a PAR basis as of February 2022, it’s 35% higher on a nominal basis than in February 2019.

The simultaneous increase in payroll expense has made for an untidy profit recovery for Europe overall. GOPPAR took a nosedive subsequent to October and recovered somewhat in February, up to €11.19, which is three times less than at the same time in 2019.

Feeding into the sluggish profit recovery is overall demand that has not picked up, especially corporate volume, which continues to trail pre-pandemic levels.

After an electric October through December for the Middle East, the region has retrenched some since, but still finds itself on par with pre-pandemic levels. Expo 2020, which runs through March 31, provided a jolt to Middle East hotels, especially in Dubai, host of the event. GOPPAR in the region was recorded at $73.59 in February, which was still $2 higher than in February 2019.

Unlike Europe, the Middle East has not been rocked by higher utility expenses, which remain on par with 2019 levels on a PAR basis. In fact, they have come down considerably since August. If there is any cost to watch it is payroll, which is ticking up higher month to month and was recorded at $46.84 in February, which is $12 off February 2019, but at its highest level since the start of the pandemic.

Meanwhile, further lockdowns across China are having a damaging impact on the country’s domestic hotel market. GOPPAR was recorded at $9.73 in February, which was more than two times less than the same time in 2019.

Shanghai saw its highest profit output since the pandemic in May 2021 ($60.46), but was down to $12.73 in February 2022. Cause for more concern is imminent as Shanghai will be locked down over the next week-plus while authorities carry out COVID-19 testing in the face of a new wave of infections. The lockdown will happen in two stages, with the eastern side of the city under restrictions until April 1 and the western side from April 1-5.

My passion is helping fuel wellness. I’m a corporate exec turned entrepreneur after a health scare in the family. At Millennia TEA, we’re going back to tea’s origins, where it was enjoyed with leaves fresh from the plant. We’re the creators of Fresh-Leaf TEA – real, raw, whole-food tea. Washed, instead of dried out. Flash frozen to safeguard more nutrients instead of heated and processed.

My background is journalism and PR. I love a good story, and believe relationships are core to everything worthwhile. Meeting amazing people and doing something that matters are what light me up. 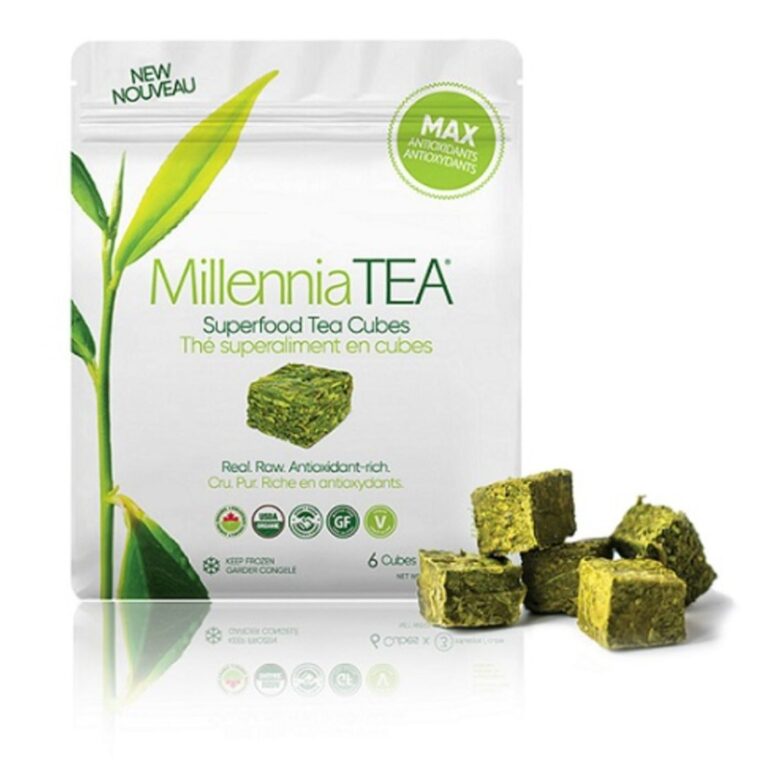